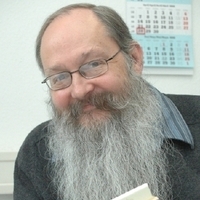 Robert B. Brandom is Distinguished Professor of Philosophy at the University of Pittsburgh and Fellow of the American Academy of Arts and Sciences.

He is best known for his investigations of linguistic meanings. He advocates the view that the meaning of an expression is fixed by how it is used in inferences (inferential role semantics). This project is developed at length in his influential 1994 book Making It Explicit, and more briefly in Articulating Reasons: An Introduction to Inferentialism (2000); a chapter of that latter work, "Semantic Inferentialism and Logical Expressivism", outlines the main themes of representationalism (the tradition of basing semantics on the concept of representation) vs. inferentialism (the conviction for an expression to be meaningful is has to be governed by a certain kind of inferential rules) and inferentialism's relationship to logical expressivism (the conviction that "logic is expressive in the sense that it makes explicit or codifies certain aspects of the inferential structure of our discursive practice").

Brandom has also published a collection of essays on the history of philosophy, Tales of the Mighty Dead (2002), a critical and historical sketch of what he calls the "philosophy of intentionality". He is the editor of a collection of papers about Richard Rorty's philosophy, Rorty and His Critics (2000). Brandom delivered the 2006 John Locke lectures at Oxford University, which Oxford University Press published under the title Between Saying and Doing: Towards an Analytic Pragmatism (2008). In 2019 he published A Spirit of Trust, a book about Hegel's Phenomenology of Spirit.

The time of his lecture is tentative, and the place is TBA.