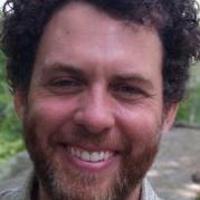 Please join us for a lecture by Joshua Greene, a Professor of Psychology, a member of the Center for Brain Science faculty, and the director of the Greene Lab at Harvard University. His research has focused on the psychology and neuroscience of moral judgment and decision-making. His broader interests cluster around the intersection of philosophy, psychology, and neuroscience.

Joshua Greene will present results from two new lines of research, both aimed at solving real-world problems. The first draws inspiration from the philosopher John Rawls and the economist John Harsanyi, who independently invented veil-of-ignorance reasoning. Veil-of-ignorance reasoning is a moral decision-making strategy aimed at promoting social choices that are more impartial and therefore more just. In a series of experiments involving trolley dilemmas, self-driving cars, biomedical decisions, and real charitable donations we show that veil-of-ignorance reasoning promotes the greater good. The second line of research aims to build trust and reduce tribal animosity between American liberals and conservatives. Our strategy—which draws on decades of research in psychology, economics, political science, and anthropology—aims to combat tribalism through mutually rewarding cooperation. We recruit liberals and conservatives to work as partners in an online quiz game with cash rewards. The game uses epistemic cooperation—sharing knowledge for mutual gain—to incrementally increase trust and foster interdependence, and in a way that is relevant to participants’ identities. Playing the game with an outgroup partner decreases animosity toward the outgroup, results in high levels of economic giving to outgroup partners, and increases economic giving to other outgroup members.

Joshua Greene is an experimental psychologist, neuroscientist, and philosopher. He studies moral judgment and decision-making, primarily using behavioral experiments and functional neuroimaging (fMRI). Other interests include religion, cooperation, and the capacity for complex thought. He is the author of Moral Tribes: Emotion, Reason, and the Gap Between Us and Them.