Discussion of the central role racism plays in the psychical and economic distribution of enjoyment by the author of Universality and Identity Politics. 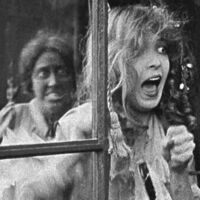 In this talk, McGowan, a foremost theorist of Jacques Lacan and G.W.F. Hegel, will argue for the enduring relevance of the psychoanalytic logic of fantasy for antiracist critical practice.

Todd McGowan is Professor of English and Film Studies at the University of Vermont. He has published over a dozen books on philosophy, cultural studies, psychoanalysis, political theory and contemporary film including, most recently, Universality and Identity Politics (2020), Emancipation After Hegel: Achieving a Contradictory Revolution (2019), Only a Joke Can Save Us: A Theory of Comedy (2017), and Capitalism and Desire:The Psychic Cost of Free Markets (2016).