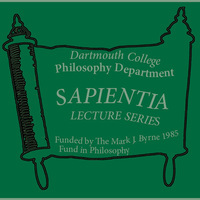 "We open with the concept of belief-in to finesse the question of whether Daoism is a religion (nature-worship) or a philosophy (metaethical naturalism). Daoism’s traditional place (mysticism) in the typology of religions must be put in the perspective of the radically different conceptual space of Chinese Philosophy. I will block out that space, one which Daoism shares with all the Ancient Chinese schools, by drawing on modern insights into metaphor and meaning.

That Chinese conceptual scheme has almost no role for idealism’s beliefs, thoughts, ideas, meanings and etc.. That, however, is only a part of why Daoism would be labeled “mysticism.” The focal metaphor in Chinese thought was that of a 道 dàopath/road/trail. Dàos are natural structures of non-linguistic guidance, i.e., lacking languages’ compositional syntax, but being real physical structures that humans (and other natural creatures) “read” and “interpret” into behavior which constitutes their following that dào.

In contrast, the focal metaphor of “the law” works via its syntax and logical relation to “actions,” “events” and “facts.”  Appreciating the Chinese alternative metaphorical space of natural paths and the roles of related concepts (e.g. 行xíngwalk:behavior & 德dévirtuosity) together with their epistemic emphasis on social processes of teaching and learning, vs. sense data (experience) and propositional belief will help us understand even more how Chinese moral philosophy differs from its Western counterpart.

It will also allow us to dismiss the traditionalist (Confucian (?)) accusations that modern philosophical Dàoists are inconsistent. Modern Chinese philosophers who are aficionados of the teachings of Laozi and Zhuangzi, are also the most active advocates of Western logic, science (especially evolution), freedom and democracy.
The upshot of this survey of the thought-world of ancient China is an updated answer to the enduring question “What is Dàoism?” Dàoism is metaethical naturalism made natural."

The Sapientia Lecture Series is underwritten by the Mark J. Byrne 1985 Fund in Philosophy, which is an endowment established in 1996 to help support the study of philosophy at Dartmouth College.