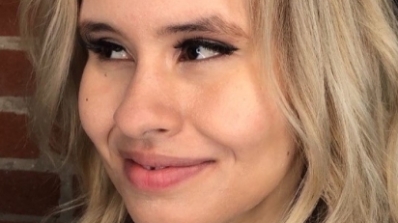 News of the Supreme Court's leaked draft decision to potentially overturn Roe v. Wade has made waves across Dartmouth's campus, prompting many students to wonder what the future of reproductive rights will look like. The Dartmouth sat down with professor Esther Rosario — a lecturer specializing in feminist philosophy and the philosophy of gender and race — to discuss how questions of abortion access and bodily autonomy affect college students.

What was your reaction to the recently leaked Supreme Court draft opinion indicating the Court is poised to overturn Roe v. Wade?

ER: I was appalled. I'm from Texas, and I believe it was in 2011 that Planned Parenthood was defunded in that state. In the city where I'm from, which is El Paso, when I was growing up there used to be two Planned Parenthoods there, and that was the only space where cis women, transgender and nonbinary individuals could access abortion services — but that has not been the case for some time now. Then there were further restrictions in Texas. It's appalling but sadly not surprising that this is happening.

How do you anticipate the Supreme Court's draft opinion and Roe v. Wade potentially being overturned will impact college students specifically?

ER: Being in college is stressful and expensive at it is. Often you all are away from home, and to have that unbelievable burden on top of that — the risk of pregnancy without having access to needed reproductive services — is really scary. Especially because with respect to pursuing higher education and then pursuing job prospects, it really puts one in a completely unnecessary and impossible bind when people are not able to access these services.

ER: I think especially my work in feminist philosophy, the philosophy of race and moral philosophy and the philosophy of science has enabled me to see the eugenic nature of this draft opinion. I say eugenic because eugenics, roughly, is about controlling who gets to exist — it's about controlling populations — and not having access to abortion services in the states in which there are trigger laws, should Roe v. Wade be overturned, really forecloses the futures of people who can become pregnant.

Do you have any thoughts on what the future will look like for reproductive rights and the state of women's bodily autonomy?

ER: What's deeply concerning is that so much is going to depend on what state one lives in. So for university students, even if they don't encounter a problem in the place that they live — let's say they are living in a state that doesn't have a trigger law — should they need to access reproductive services they are able to, but then in thinking about where to take a job next, this issue may foreclose possibilities for them. So, for women and other people who can become pregnant, they may have this additional stressor in terms of feeling as though they can't take a really awesome opportunity because they're worried about being able to access reproductive healthcare. And this is not just for abortion services — there's a worry that certain forms of contraception, like IUDs, are going to be restricted if Roe v. Wade is overturned because there are some states that want to define life at fertilization, which is deeply alarming.

Your class, WGSS 46.01, "Philosophy and Gender," explores questions such as "What is oppression?" and "Is knowledge gendered?" How do you think these ideas are relevant to college student's lives?

ER: Well, bell hooks says that feminism is for everyone. It's hard to say things like "especially now," but I think that with the very real threat of Roe v. Wade being overturned in the summer, it's important — especially now — for everyone to think more critically about access to healthcare in general, and especially access to reproductive healthcare. That really does limit people's economic futures. It also limits their personal possibilities, like in terms of whether to move to this state or that state for employment. It limits their social, economic and personal possibilities. This is a society that explicitly claims to be concerned with equality, but there are lots of reasons to question that given what has happened to Indigenous people, Black people, Asian Americans and other people of color. We really need to think about what sorts of pressure we can put in our society to actually live up to the explicit values that we have, equality being included. So, in an equal society, people who can become pregnant would have access to reproductive services that enable them to ideally have the same sorts of possibilities that cis men have.

Do you have any closing or final thoughts on this issue?

ER: My main takeaway, if I could put it in a nutshell, is that the overturning of Roe v. Wade is a misogynistic act, and it's a eugenic one, too. It not only affects cis women, it affects other people who can become pregnant — transgender people, nonbinary people, queer people — and it especially impacts people who are poor and people of color.

URL to The Dartmouth article: https://www.thedartmouth.com/article/2022/05/q-a-philosophy-professor-esther-rosario-on-reproductive-rights-and-bodily-autonomy