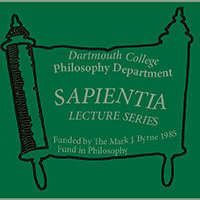 Abstract: "There are analog representatiions (mercury thermometers, hand-clocks, photographs, visual experiences) and symbolic representations (English, mathematical notation, traffic lights, maritime signal flags). What is the difference? This paper attempts to find the mark of the analog. First, I argue for a methodological view, Interpretationism, according to which the mark of the analog can be found in the nature of a representational system's interpretation function, which maps vehicles to contents, and not in the nature of either the vehicle or the contents themselves. Second, I outline a Structural Theory of Analog Representation, according to which analog representation is matter of structure of vehicles mapping to structure of content. I present four criteria for a representational system's status as analog. Most of these criteria are degree-theoretic - a system can more or less analog along these axes. Fourth, I explore applications, using the structural theory to (i) explain the symptoms of analog representation (such as learnability) and (ii) analyze cases, including mixed representational systems with both analog and symbolic elements (e.g. maps). Fifth, I compare the structural theory to existing accounts of analog representation, including the abstraction account of Kulvicki (2015) as well as recently popular magnitude accounts (Beck, 2020; Peacocke, forthcoming). Finally, I respond to objections and reveal all (or at least most of) the problems I had thus far been sweeping under the rug."

Gabriel Oak Rabin is Assistant Professor of Philosophy at New York University Abu Dhabi and New York University. He has wide-ranging interests in the philosophy of mind, metaphysics, philosophy of language, and philosophy of mathematics. He has published on consciousness, grounding, modality, physicalism, the knowledge argument, the continuum hypothesis, a priori knowledge, spatial concepts and spatial vision, and on what it is to have, and to understand, a concept. In January, he will be an ICE fellow at Dartmouth, conducting research on iconic and analog representation, including pictures, maps, and perceptual states. He is interested in foundational questions about what divides these types of representation from others, and on what significance these divisions have for the various purposes toward which we put representations.
The Sapientia Lecture Series is underwritten by the Mark J. Byrne 1985 Fund in Philosophy.
For more information, contact:
Marcia Welsh
marcia.welsh@dartmouth.edu
(603) 646-3738
Permanent URL to this event: https://philosophy.dartmouth.edu/events/event?event=59204